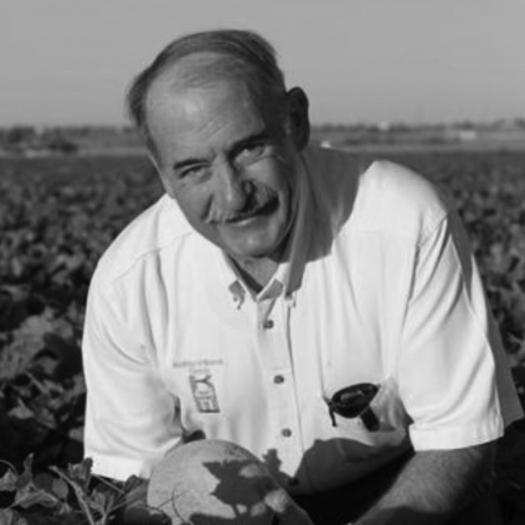 Kelly Grant Keithly, 76, of Keithly-Williams Seeds in Yuma, Arizona was born February 25, 1945 in Fort Collins, Colorado, and moved to Flagstaff, Arizona in 1949. He attended the University of Arizona in Tucson where he met and then married Cheryl Marie Higgins in 1965. Kelly received his bachelor's degree at the University of AZ. He also served honorably in the US Navy.

In 1981, Kelly established Keithly-Williams Seeds, a vegetable seed distribution operation which has become recognized as one of the largest in the world.  In the 1980's, Kelly pioneered the advancement of Hybrid seeds and what we now know as the standard vegetable seed distribution model in North America. At the time of his death, his vision and efforts resulted in global operations servicing 3 countries and employing over 300 people.

Known for his generosity, strength, intelligence, unwavering Christian faith, vision and most beloved of all, his loving heart, Kelly’s legacy will continue through his family and the company he so dearly loved. Kelly Keithly is survived by his wife of 56 years, Cheryl. His children, Kirin (Pat) Cooley of Yuma, AZ; Karla (Jason) Auringer of Wentzville, MO; Ernie (Erica) Keithly of Spring Hills, TN and SueAnn (Jimmy) Harbolt of Yuma, AZ. He is also survived by 13 grandchildren and 5 great grandchildren.

Services will be Saturday, October 2nd, 2021 at Christ Lutheran Church in Yuma, Arizona at 10:30 am, with a luncheon reception to follow in the fellowship hall.  In lieu of flowers and in honor of Kelly's generous spirit, the family suggests donations be made to Christ Lutheran Church, Yuma Lutheran School or Lutheran Hour Ministries.