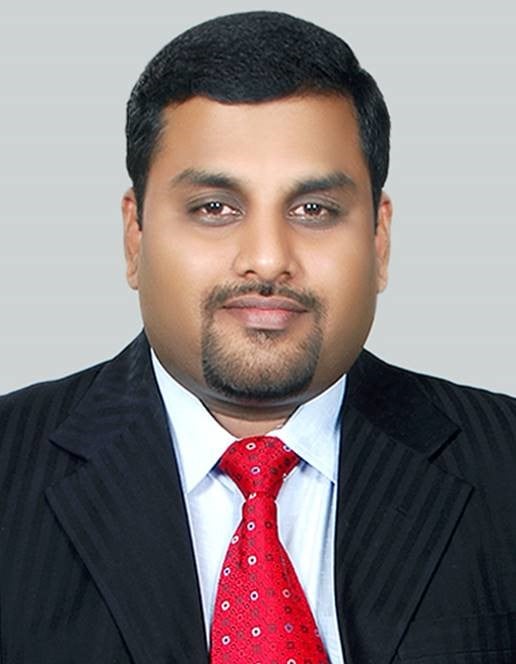 The Indian and Asian seed industries have lost one of their true promoters and champions for small and medium seed producers, in the sad untimely demise of Mr. Kollipara Niranjan Kumar on 8 May 2021.

Niranjan, a very prominent face in the Indian Seed sector, lost his battle with Covid-19. He is survived by his wife K. Vijaya Laxmi and two school-going daughters, Varshita and Vedha.

Born on 12, July 1973, Niranjan studied at the prestigious Sainik School in Korukonda, in the Vizianagaram district of Andhra Pradesh.

After earning his Bachelor’s Degree in Commerce and Business Management from the Sri Ramakrishna Degree College, he went on to pursue an MBA in Finance and Marketing from the B. M. S. College of Engineering, which he obtained by 1998.

After graduation, he declined some considerable corporate job offers and continued to work  for his family business in Hyderabad, Maharaja Hybrid Seeds, where he became Director.

In December, 2001, he started his own seed company, GARC Seeds Pvt. Ltd., and as Founder and Managing Director, he grew the company into a formidable MSME “champion” in the local, national and regional seed sectors -- a leading and active member of the AP Seedsmen Association (SMA), National Seed Association of India (NSAI) and the Asia & Pacific Seed Association (APSA).

Niranjan’s proactive attitude and hardworking nature caught the attention of the industry and the AP Seedsmen Association drafted him in their Executive Committee in 2008. He served as its Joint Secretary (2010 – 2014), Treasurer (2014 -2016) and later as its Secretary (2016 -2018).

He was very active at the national level and served on the Governing Council of the National Seed Association of India (NSAI) during 2011 – 2019, being the main architect behind the success of various Indian Seed Congresses. He was also active at the regional seed industry level, participating in various Asian Seed Congresses, APSA Study Tours and was most recently the Chair of the APSA Standing Committee on Trade & Marketing (now the Standing Committee of International Trade and Quarantine).

He will be remembered for his immense contributions to the growth of SMA, NSAI and APSA. His numerous friends in the industry knew him as an ever-smiling person, ready to help without any expectation. The Indian Seed Industry will deeply miss his presence at its various activities to promote the sector.

In a tribute post on Facebook, NSAI wrote that Niranjan “was an integral part of the Indian Seed industry as well as NSAI. Mr. Niranjan was a dynamic, strong, and hardworking man. He was one of the strong pillars of the Indian Seed Industry. His contribution to the NSAI was immense as he was closely and actively associated with NSAI as Governing Council member … The entire NSAI family is deeply saddened by his sudden demise …  We pay our sincere condolence to the Family of Mr. Niranjan and pray for the heavenly abode of the departed soul.”

Dr. Narendra Dadlani, former APSA Director of Technical Affairs and NSAI Director mourned “In his loss, the seed industry in India has truly lost a young champion of the small & medium seed sector.”

With that, APSA would like to express condolences to Niranjan’s surviving family, friends and associates. He will be missed.