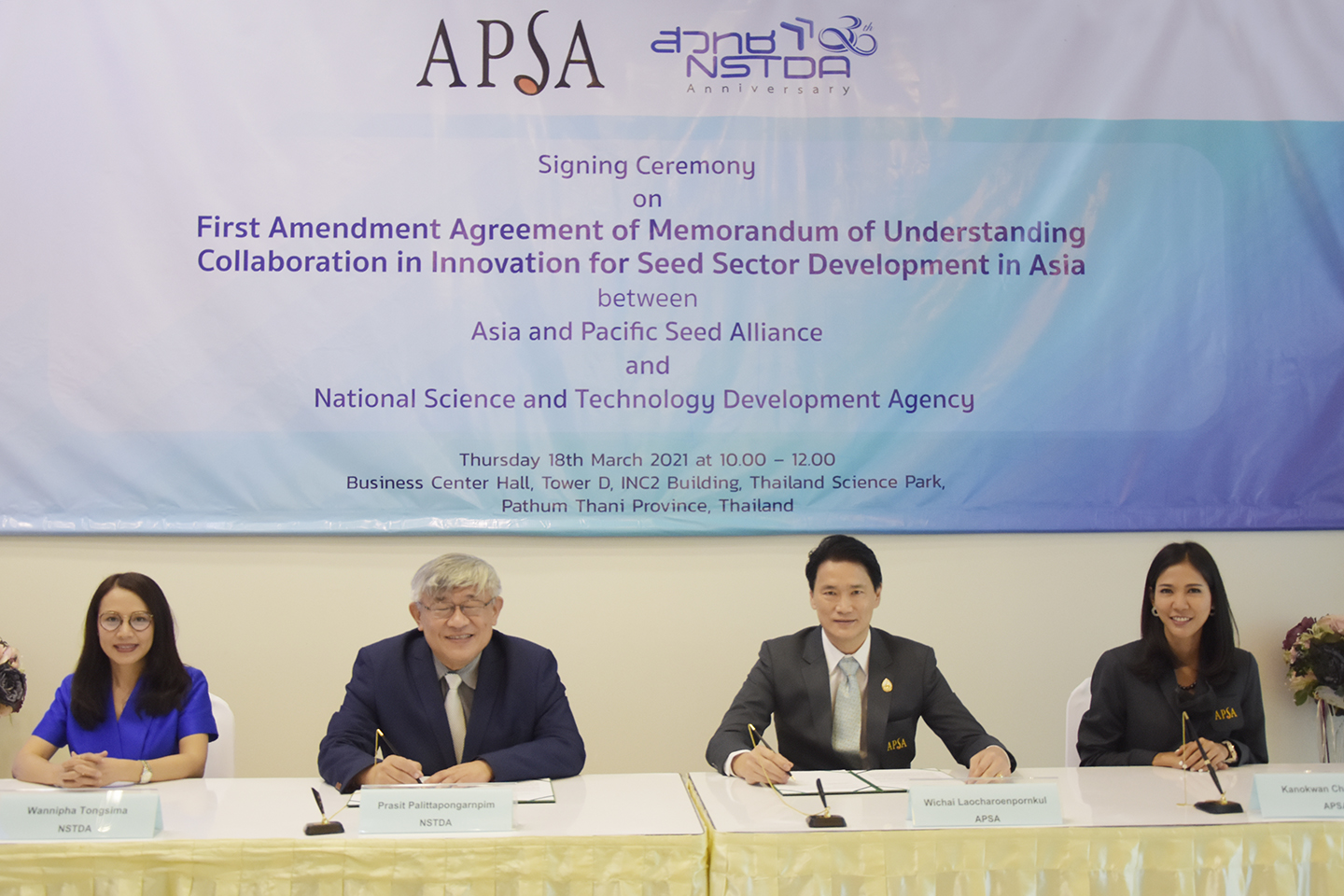 An active Memorandum of Understanding (MoU) between NSTDA and APSA was formally extended with the signing of an amendment agreement during a ceremony on Thursday (March 18) at NSTDA's  Business Center in Thailand Science Park, north of Bangkok. 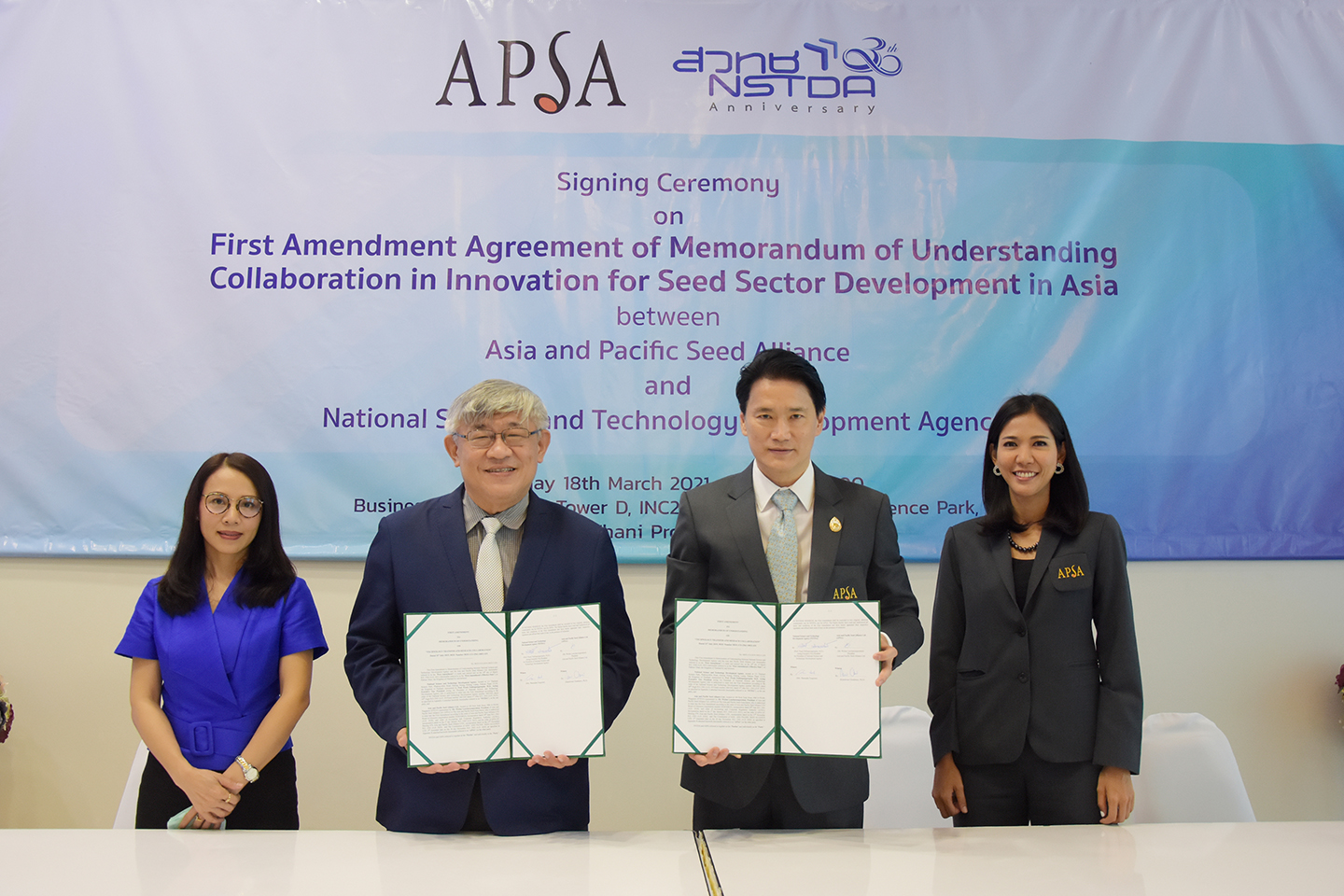 To ensure continuous progress with current and future projects, the two parties agreed to extend the MoUs validity period for an additional five years, or until 30, July 2027. All other articles of the original MoU remain unchanged and in full force and effect.

Prior to signing, the two organization’s main signatories gave remarks.

NSTDA Prof. Prasit Palittapongarnpim, M.D. Acting Executive Vice President commented: “We look forward to working with APSA in the future. To ensure our working plans are continuous, we think the MoU period validity should be extended for another five years. It is my hope that this MoU amendment signing will contribute to the sustainability of the Thai seed industry, food security and the strength of the private sector by creating income and improved livelihoods for farmers through quality seeds, having a continuous industrial impact.”

“APSA’s strategic objectives comprise five priority areas. These include ensuring the trade of quality seeds for the world, protection of intellectual property rights and biodiversity, public-private partnership, operational excellence and communications. Of these, public-private partnerships are especially important to facilitate breeding research and development, which is a starting point for quality seeds, and in turn, food and nutritional security,” said APSA President, Wichai.

The four main areas of cooperation covered in the MoU are: R&D,  technology transfer, human resources development and information exchange and publicity.

Under the PPP model, this two-year project, which is set to commence in June, 2021, will be funded by APSA member companies, who can register their interest to join from now until 31, March 2021.

APSA members can download the MoU and Amendment texts in full via this link (member login required).

Following the signing ceremony, reps from NSTDA and APSA toured the former’s National Omics Center and National Biobank of Thailand. 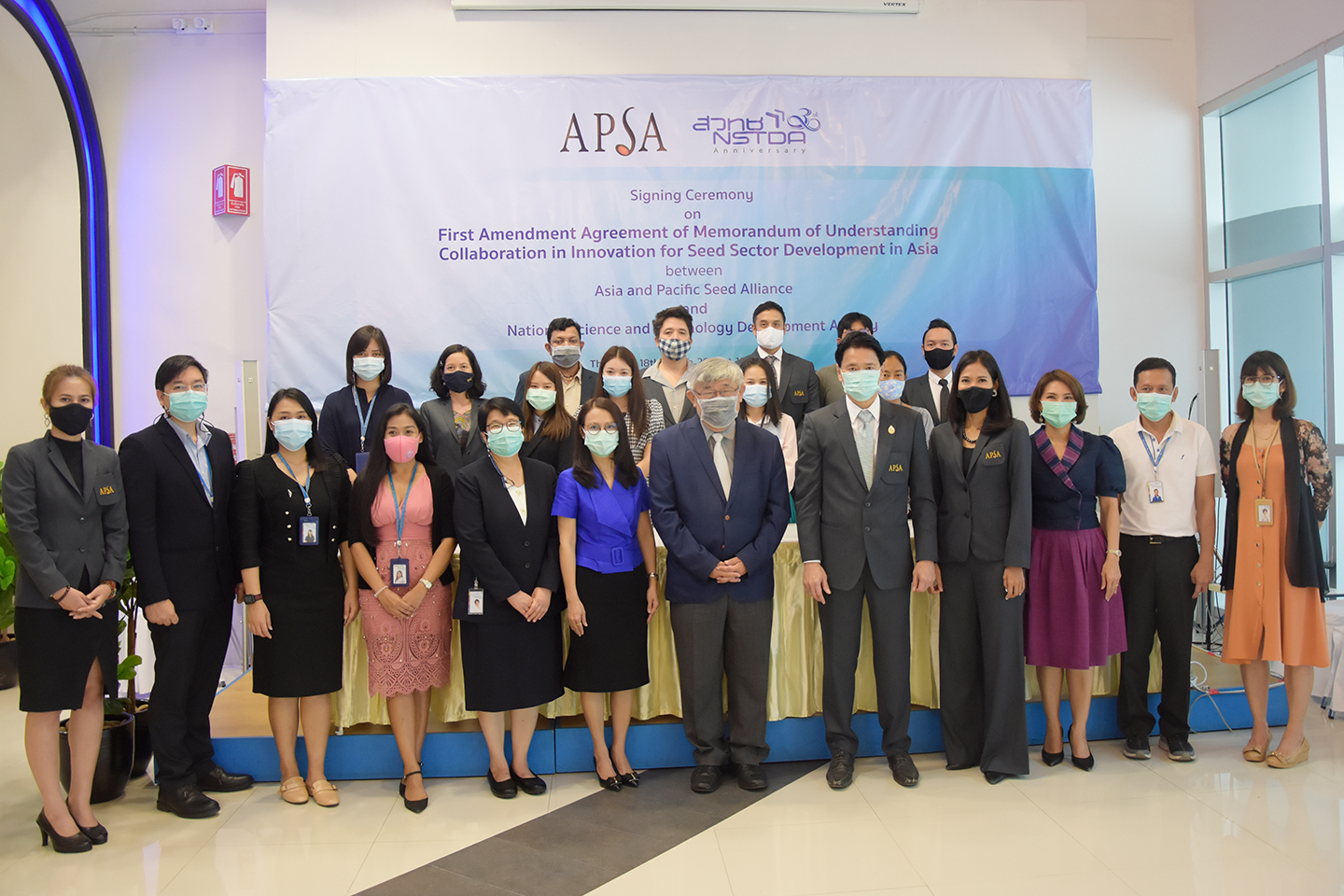