APSA’s Research & Development advisory group is pleased to announce the recent election of Dr. Seetharam Annadana as its new Chair, and Dr. John R. Sheedy as its new Co-chair. During a virtual meeting on September 27, members of the R&D advisory group deliberated on filling the seats, which were left vacant earlier this month after former chair, Dr. Simon de Hoop stepped down due to a change in his position at his company. According to the group’s charter the Chair and Co-chair need to be elected and serve simultaneously. Nonetheless, Dr. Seetharam, who previously served as co-chair, was unanimously nominated and voted by the group to be the new chair, while members unanimously put forward and voted for Dr. Sheedy to be the new chair. APSA would like to take this opportunity to formally thank Dr. Simon de Hoop for his leadership and devotion over the years, and wish him the best in all future endeavors Following are bios of ththe group's new chairmen. 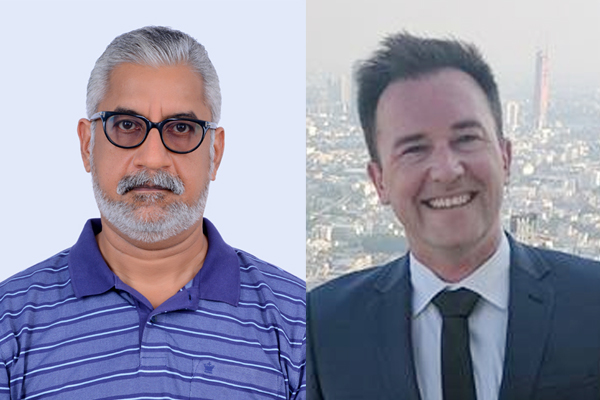 Dr. Seetharam Annadana has over 25 years of experience in Research & Development, Project Management and Technical Consultancy in the Biotech sector with main focus on GM crops (Insect Resistance), Trait  Integration, Transgene expression & Regulatory Compliance. He has been a consultant to several European Technology providers to establish themselves in Asia, set up biotech labs and helped explore technologies for leading India seed companies. Served as consultant to the UN in the capacity of a subject matter specialist in molecular characterization of GM crops for UNEP-GEF programs in Africa, and as an expert in technologies and crops for biomass based biofuels for UNIDO. Holding a Ph.D. from Wageningen UR, the Netherlands, hee has several International publications, a few books and chapters to his credit in the areas of GM crops, Gene expression, Proteinase inhibitors, organic farming and biotech education in India. He worked as a biotech Consultant to India’s leading Seed companies between 2000-2007, he has also spent Two years as a consultant at The International Competence Center for Organic Agriculture. Between 2008-2009, he had a short stint at Avesthagen as their Vice President Seeds &amp; Traits and since 2009 he works for Syngenta. At Syngenta he has held the roles of Technology Lead, Traits Development Lead, Veg R&amp;D Organisational Lead, Technology Functions Lead, Head BA Technologies for South Asia and Currently Trait Assessment Lead for the APAC Region for Vegetables R&D.

John Sheedy is an Australian biochemist with expertise in omics technologies and data analytics. He has been based in Thailand working for Chia Tai Company Limited over the past 5 years as General Manager of the Vegetable Seed R&D Laboratory Team. John graduated with a PhD and BSc (hons) in Biochemistry & Molecular Biology and Postgraduate Diploma in Teaching from The University of Melbourne (Australia) and will soon graduate from the 7th Plant Breeding Academy cohort at UC Davis (USA). Prior to joining Chia Tai, John has held several academic positions over a 10-year period as a research scientist and educator in areas including biochemistry, biotechnology, omics research and reproductive biology. John’s current role at Chia Tai mainly involves steering the activities of the molecular breeding, pathology and cell biology research teams to develop new varieties of hybrid vegetable seed; support Chia Tai’s breeders to analyze F1 hybrid trial data; establish research and business collaborations with public and private organizations to benefit Chia Tai’s breeding program; and contribute to overall strategic directions of Chia Tai’s seed business.