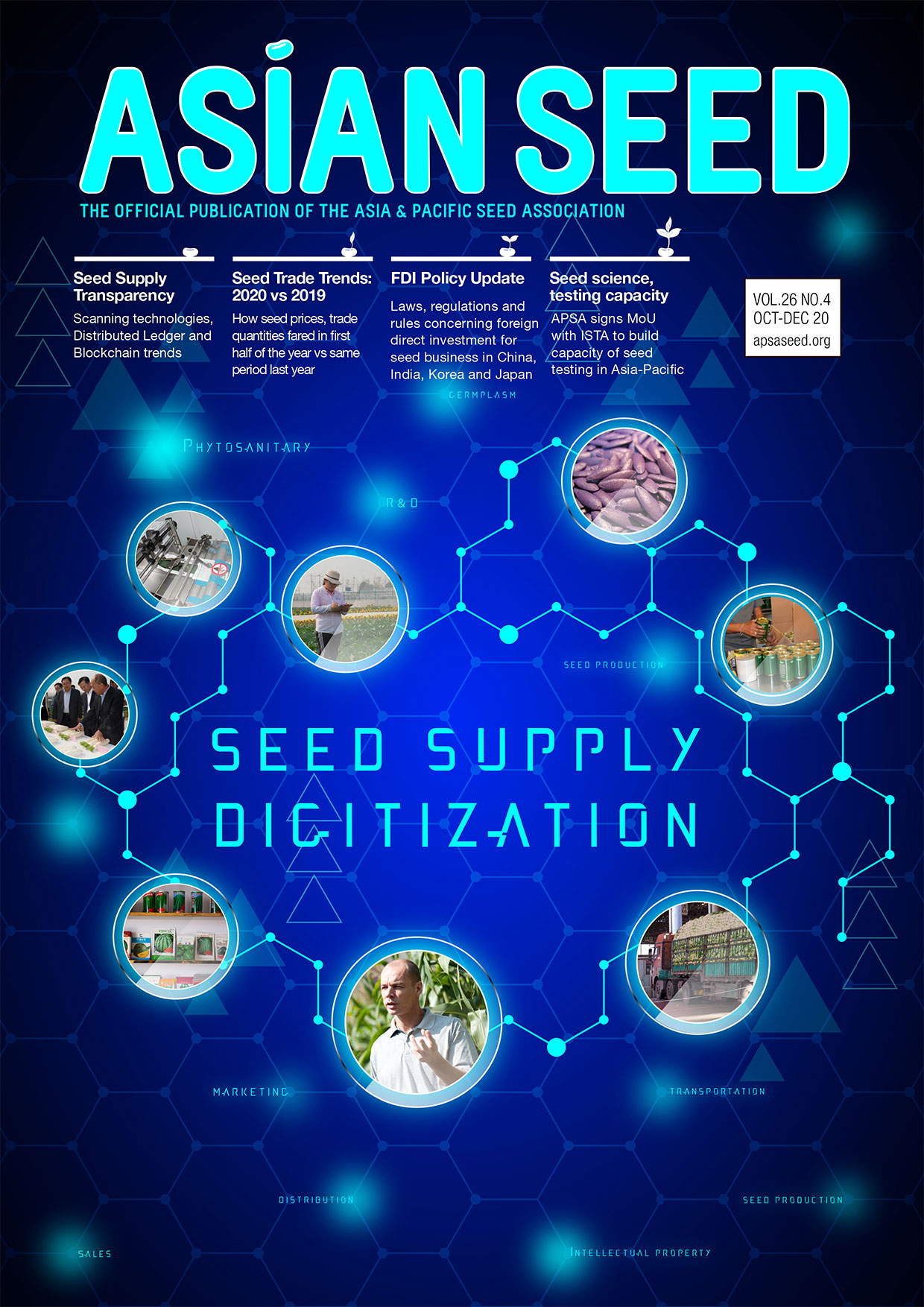 In this edition, the APSA Secretariat has prepared a strong line-up of feaure stories and news.

The Cover artwork, 'Seed Supply Digitization' refers  to a Cover Feature on the past, present and future of wireless scanning and inventory tracing technologies -- from the invention and introduction of the barcode system in the 1970s, to the roll out of QR Codes since the early 1990s, to diffusion of RFID chips and beyond. The story all introduces digital database technology, e.g. distributed ledger and blockchain, and how this is being used to optimize and improve agriculture and seed supply management platforms.

Aside from this, the magazine also contains interviews with seasoned career seedsmen, the CEO of Chia Tai, Manas Chiavaranond; President & CEO of East-West Seed, Bert van der Feltz, and the legendary and honorable Dr. RS Paroda, who reflects on his path to and accomplishments in seed and agriculture -- from planting the seeds of the Green Revolution in India in the early 1960s, to the establsihment of APSA and APAARI in Bangkok in the early 1990s.

There is also a seed trade trends report, comparing seed export and import quantities and values in the first six months of 2020 for more than a dozen countries in the region, with the respective figures from the sam period in 2019. Dataset includes figures from China, Japan, South Korea, Thailand, Turkey, New Zealand, Australia, and other countries;

Moreover, we have an FDI policy update article covering policies and regulations in India, China, South Korea and Japan. And so much more. The e-magazine can be downloaded by clicking the above URL. Initially, the magazine is password protected to facilitate exclusive access for active APSA members, btu the magazine will be unlocked for the general public in mid-December, 2020.