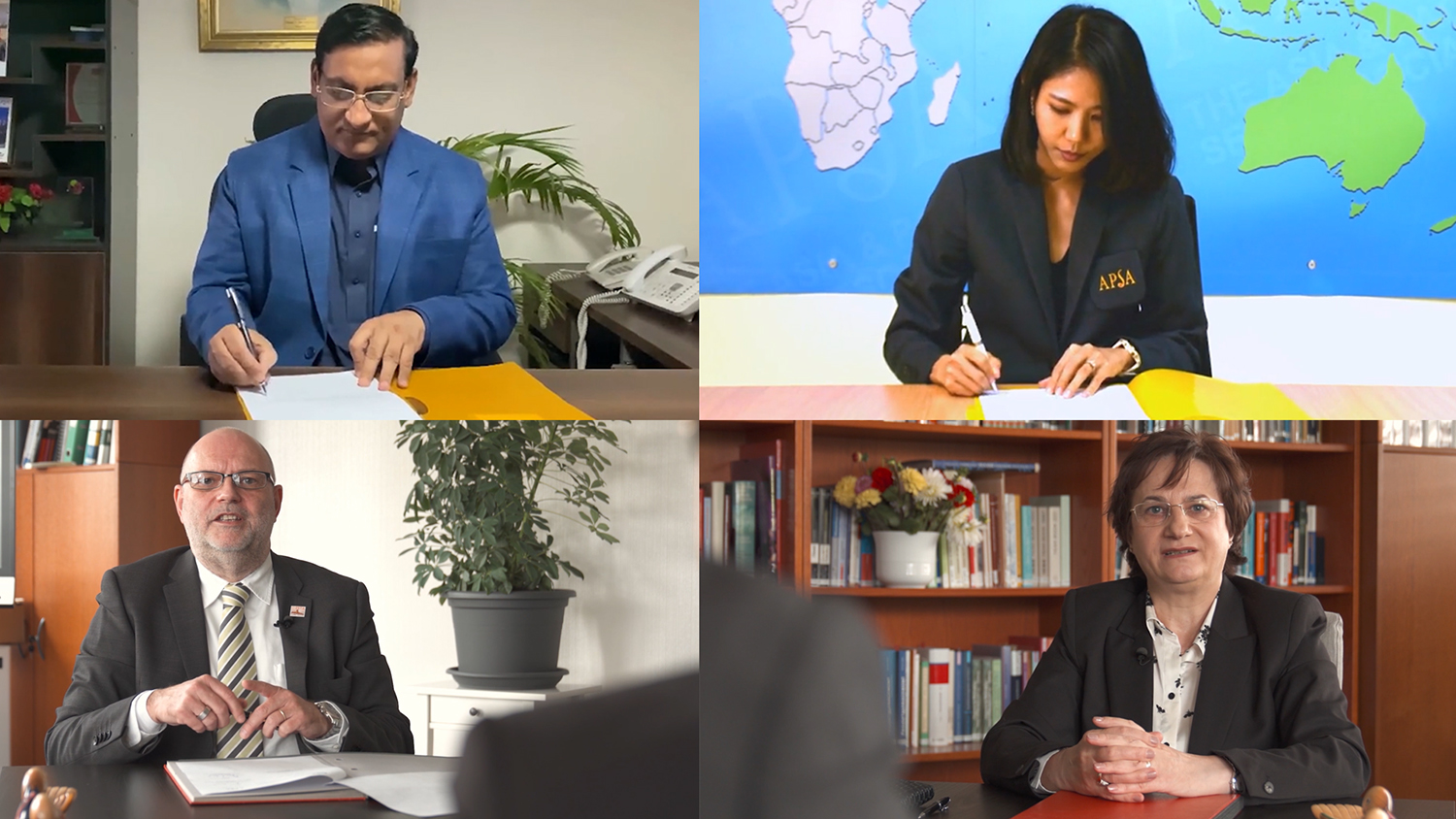 The Asia and Pacific Seed Alliance (APSA) and the International Seed Testing Association (ISTA) have signed a Memorandum of Understanding (MoU) “to facilitate collaborative projects to strengthen seed research and training initiatives and promote seed testing programs and the ISTA accreditation system in the Asia Pacific region”.

Due to ongoing international restrictions on travel and meeting, the MoU was formalized recently via an online ceremony, which facilitated signing by ISTA Secretary General Dr. Andreas Wais and APSA President Mr. Tahir Saleemi. Also signing the document as witnesses were Dr. Florina Palada (ISTA Head of Accreditation and Technical Department) and Dr. Kanokwan (May) Chodchoey (APSA Executive Director).

Establishing a basis for future public-private-partnership collaboration, the agreement formalizes a well-established working relationship between APSA and ISTA, which has gained momentum in recent years.

Most recently, in February 2020, the two organizations joined with Thailand’s Department of Agriculture to co-organize a Seed Quality Management Seminar for some 100 quality assurance personnel representing both seed companies and government agencies from throughout the region. The seminar was followed by a Seed Vigor Testing workshop for lab and field seed science technicians from throughout the region. See story in Asian Seed Magazine here and Seed Testing International here for more details.

Partnering in such activities – which facilitate capacity-building, and the exchange of information and technical expertise in seed science, technology and testing methods – is the essence of the MoU.

Commented Mr. Tahir Saleemi. “I have great pleasure in knowing that this agreement shall serve to fortify and formalize an already-strong relationship between our two esteemed organizations “APSA and ISTA’s relationship goes back many years.

“Through our members, APSA has associated with ISTA since our founding and some of our legacy members have worked with ISTA long before that.  Most of our members are directly or indirectly involved in the international seed trade, and ISTA plays a major role in helping them to assure and communicate that their product is of the highest international standards.

“This is only the first step of many more ahead.”

Dr. Kanokwan added: “This MoU represents a pledge by the seed industry to improve seed quality systems in the region, and serves APSA’s mission to sustainable agriculture through the production and trade of quality seeds for the world.”

Dr. Wais mentioned in his keynote, that "nowadays a great number of APSA members are also ISTA members and most of them are accredited to issue ISTA Orange International Certificates for Seed Trade. Both of us, APSA and ISTA, believe, that this is the key to ensure safe trade of high-quality seed, not only in the Asia-Pacific region, but also outside this area."

“ISTA, including myself, is very honored and proud to have with APSA a regional partner with similar interest.”

“This memorandum is the start of a lot of projects in Asia together with APSA and the base for further expansion of ISTA in the Asia-Pacific region.”

Dr. Palada added, that “this is a remarkable day for both our organizations.”

Founded in 1994, initially as the Asia and Pacific Seed Association, APSA is the world’s largest regional seed association in terms of member countries and territories. Its Secretariat is based out of Singapore and Bangkok, Thailand.

Headquartered in Zurich, Switzerland, ISTA is a leading global authority in seed science and technology that has developed and validated internationally-recognized seed testing methods since 1924. Visit their website here.

APSA and ISTA members can download and read the full MoU in the online document section on the organizations’ respective sites: