ASRT 4 kicks off in Bengaluru 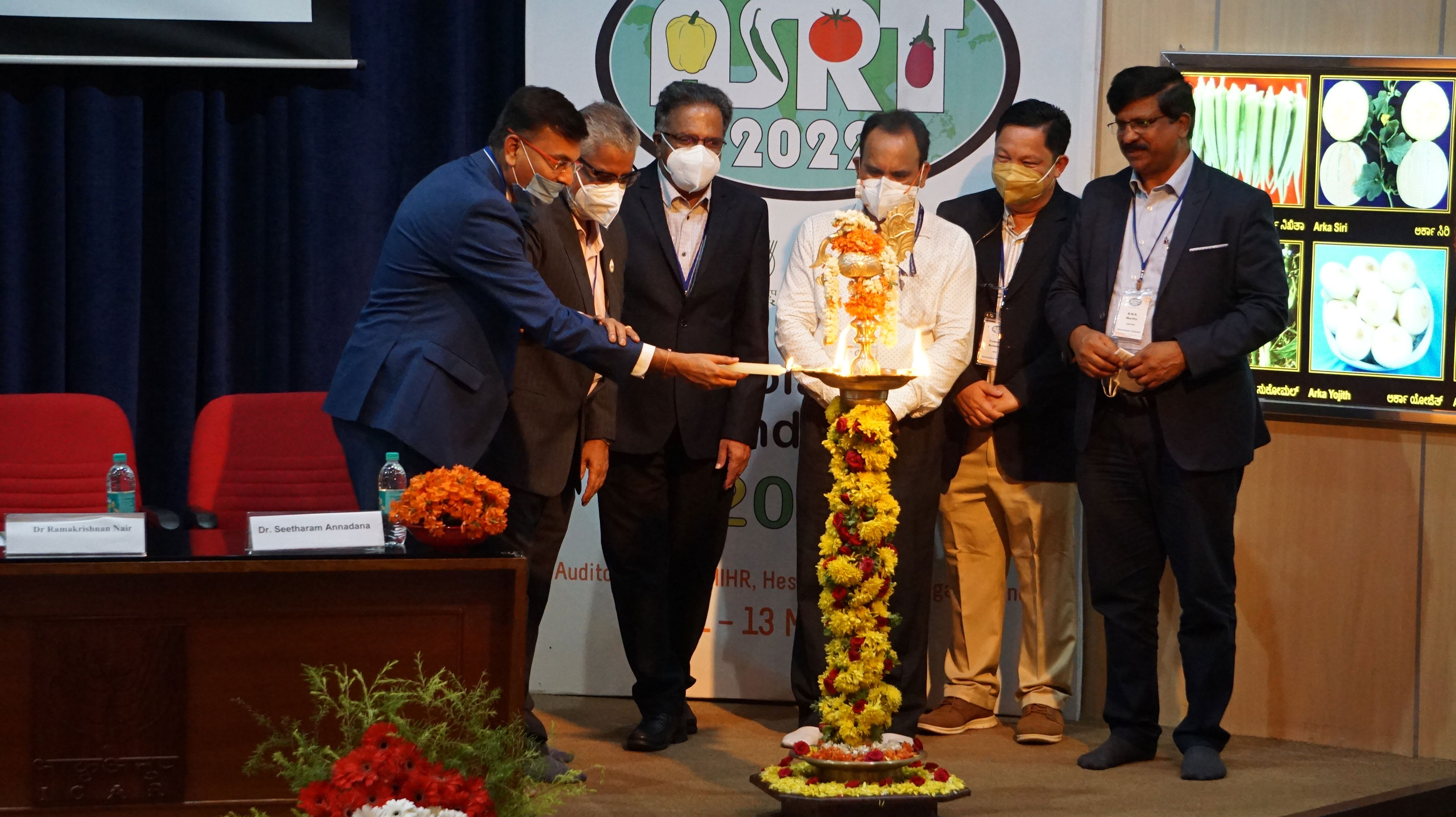 Karnataka, India (May 11, 2022) – More than 215 delegates from 37 organizations from throughout the region are gathered in Bengaluru this week to discuss challenges, solutions and breakthroughs in research and breeding technology specific to nutritionally- and economically-important solanaceous crops such as peppers, tomatoes, and eggplants.

The 2022 Asian Solanaceous Round Table (ASRT 4) builds on the momentum, synergy and success of the previous three editions, which were held in the southern Indian research and technology hub in 2014 and 2019, as well as in Bangkok, Thailand in 2017.

Topics covered include modern breeding techniques; disease and pest resistance; genomics and genome editing; germplasm diversity and plant variety protection; emerging dynamics of thrips species in pepper; the past and future of Bacillus thuringiensis (Bt) in egg plant; application of AI and digital technology for high-throughput phenotyping; technology platforms to address training requirements and public private partnerships to enhance respective capacities in the Asia and Pacific region co-hosted an in-person event by the two organizations at the Auditorium, ICAR-IIHR, Hessarghatta, Bengaluru from 11-13 May, 2022. 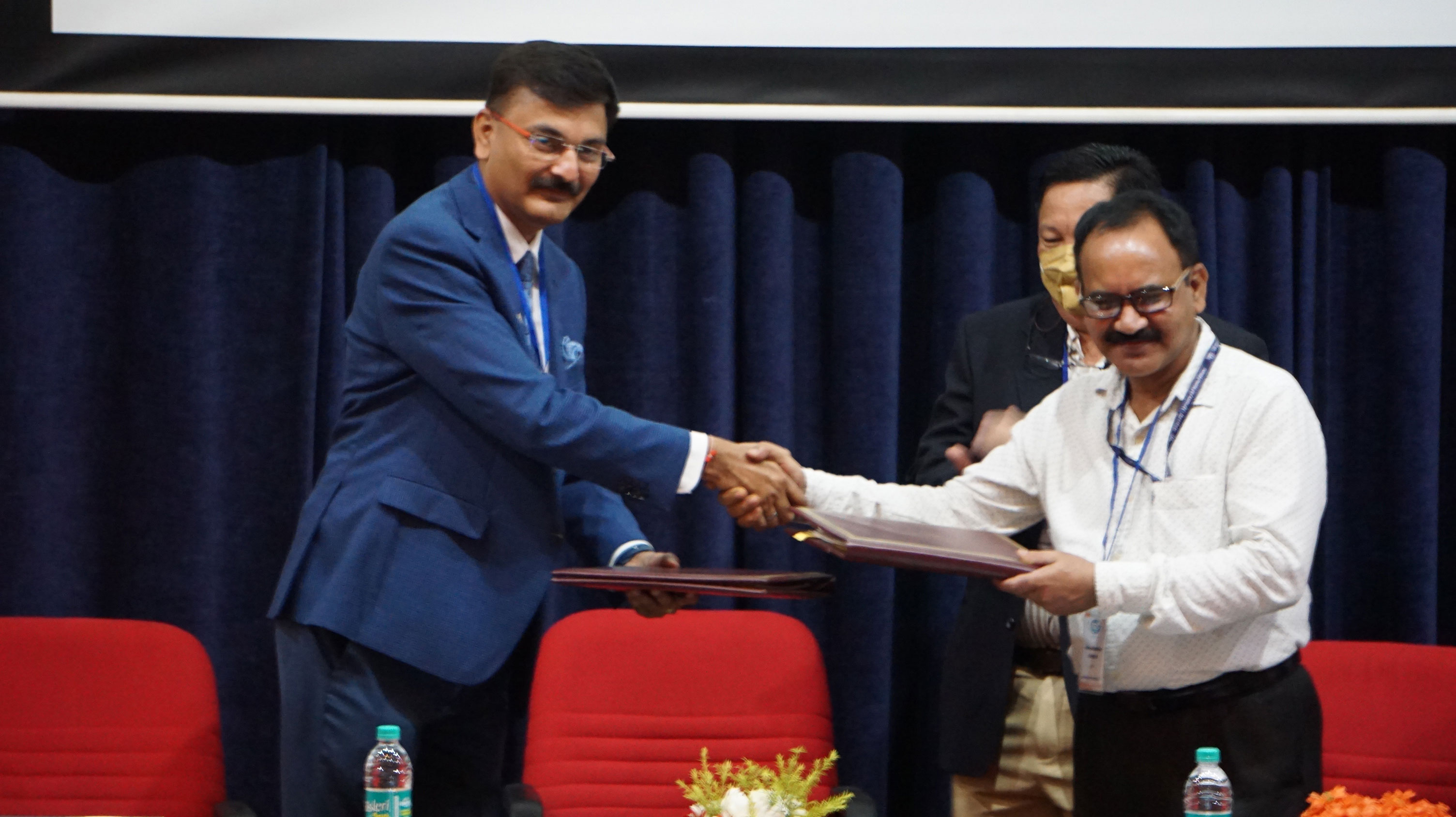 During the ASRT 4 inaugural session, representatives from the Indian Council of Agricultural Research (ICAR) and the Asia and Pacific Seed Alliance Ltd. (APSA) have signed a Memorandum of Understanding (MoU), demonstrating mutual commitment of knowledge, expertise, and resources to promote agricultural research in India and the greater region.

The MoU – which was signed by ICAR Deputy Director General (Horticulture), and APSA Vice-President, Dr. Manish Patel, with ICAR Assistant Director General (Horticulture Science), Dr. Vikramaditya Pandey, and APSA’s Chair of R&D Advisory Group (Vegetables & Ornamentals), Dr. Seetharam Annadana, also signing as witnesses – provides a strong, guiding framework for which to pursue international cooperation through the public-private partnership model in order to enhance capacities in research and development for the benefit and betterment of the seed sector across the Asia-Pacific region.

Another key highlight of the ASRT 4 was the felicitation ceremony, which concluded the inaugural session on 11 May.

During this session, three outstanding scientists were recognized for their achievements and contributions to the Asia Pacific seed industry.

Formally introduced and congratulated by APSA’s R&D Advisory Group and the ASRT Organizing Committee, Dr. Seetharam Annadana, the three honorable scientists were each presented certificates of appreciation on stage. 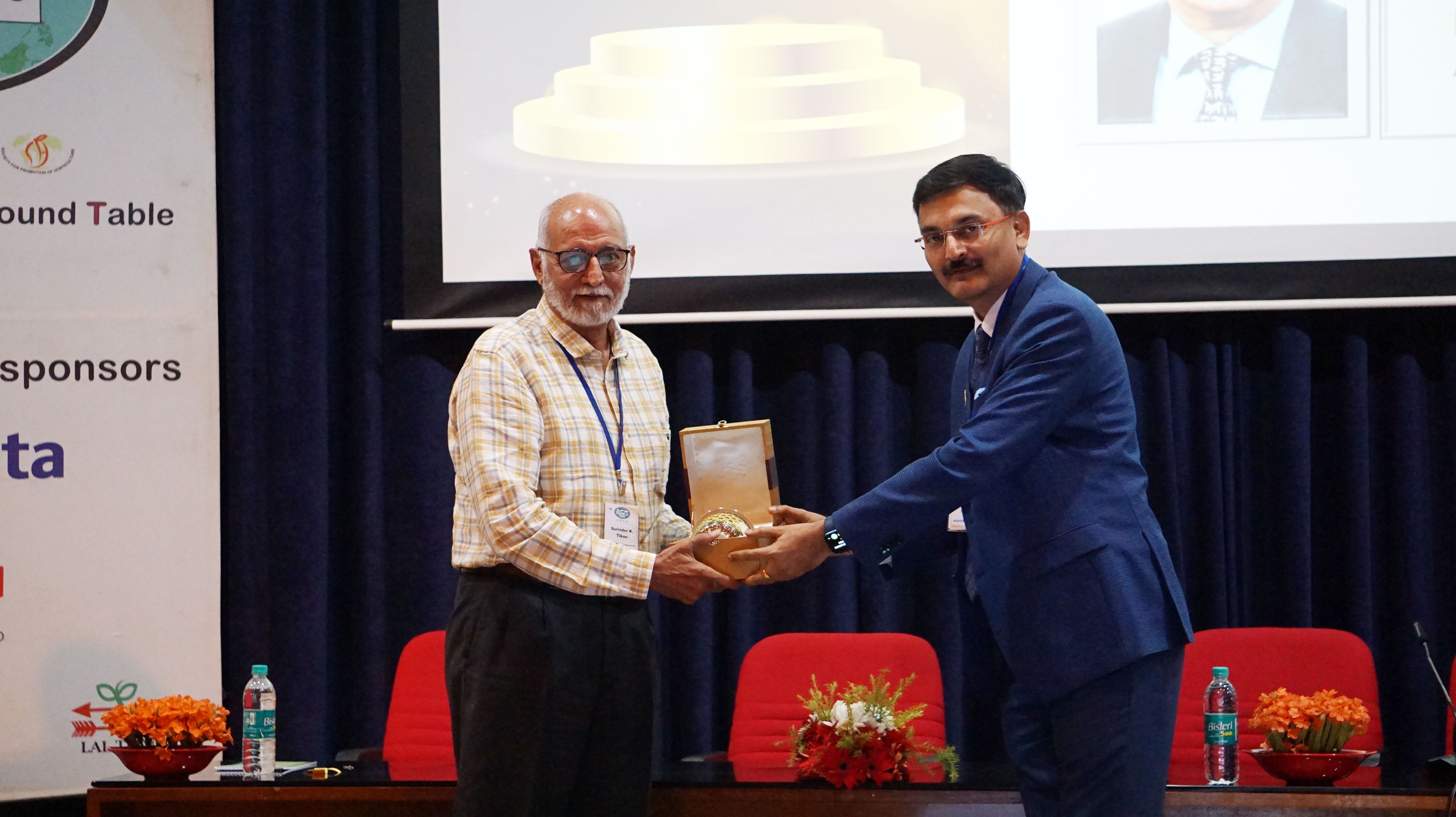 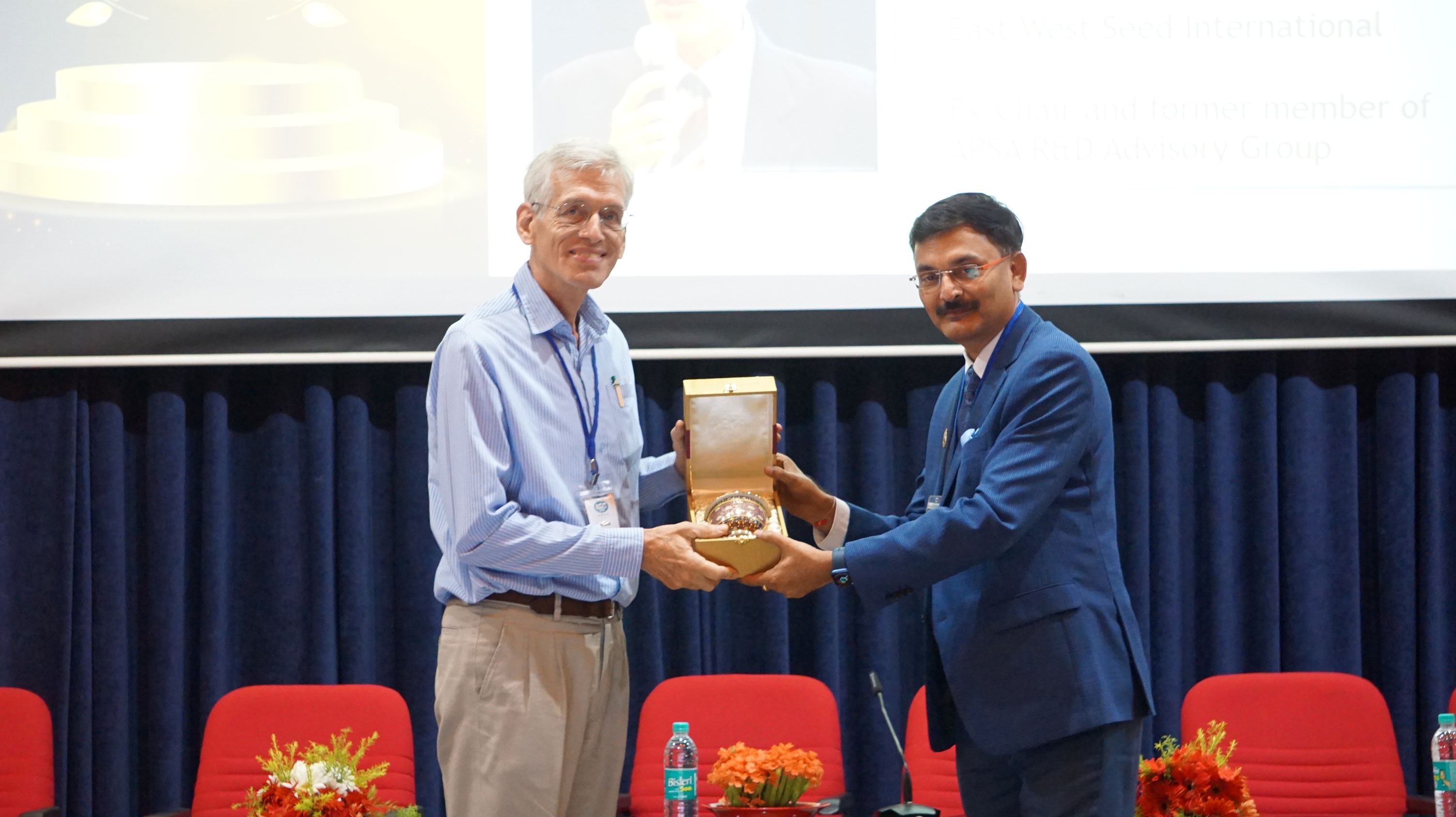 As previously announced through APSA communication channels, the two individuals recently concluded their membership with the group due to changes in positions at their respective companies. Dr. Jan de Hoop is the former R&D AG Chair, and Dr. Tikoo was an active member of the group and organizing member of previous ASRT editions, likewise.

Dr. Peter Hanson, who is retiring as Lead Scientist, Global Plant Breeding from World Vegetable Center, was named last November by an APSA led jury as the Most influential plant breeding researcher for horticulture crops (public sector) in the Asia-Pacific. 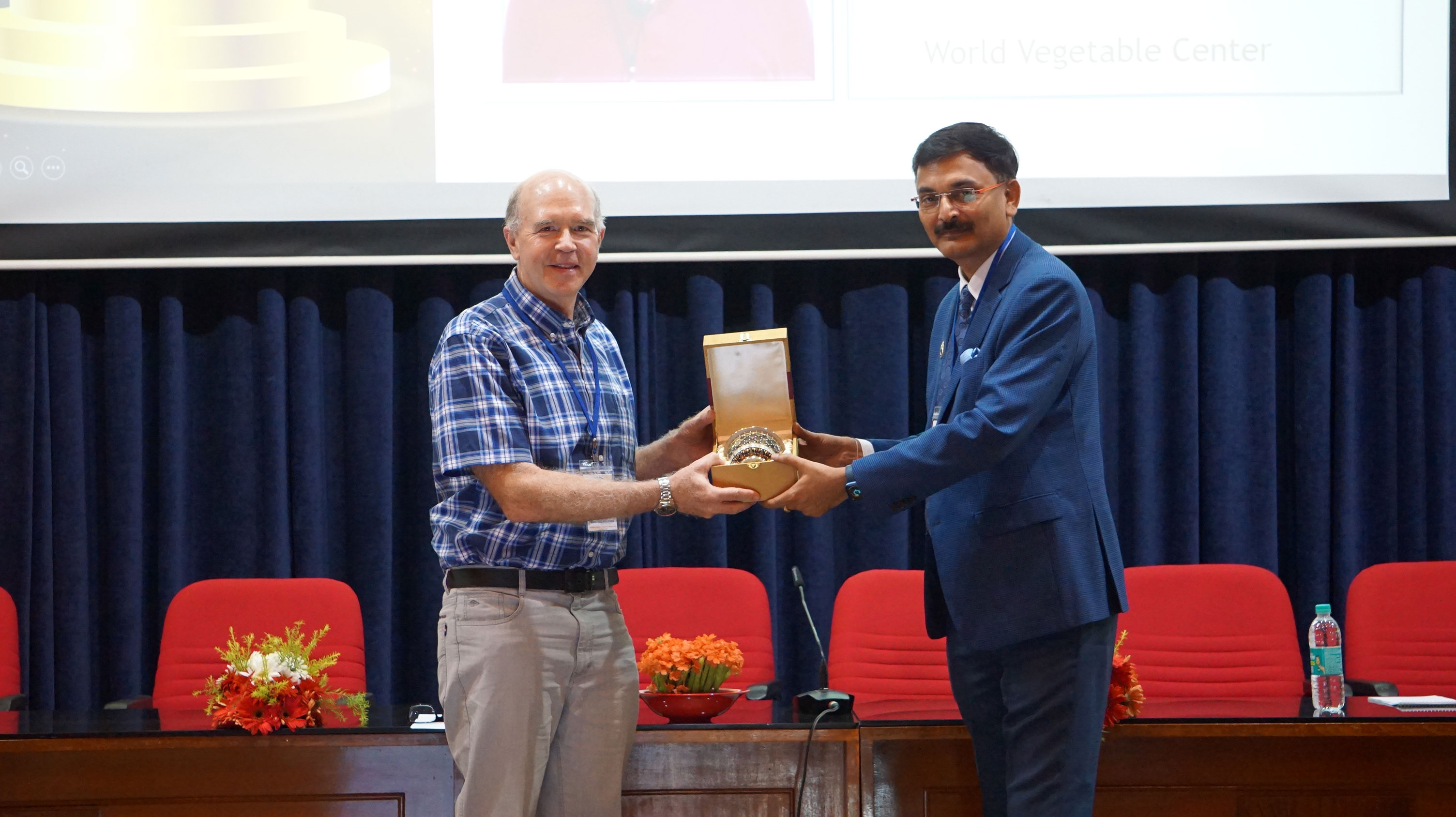 The nomination, selection and decision process for the award was undertaken as a collaborative initiative among several APSA’s technical committees and our honorable jury members and was part of greater efforts to encourage excellence in plant pathology, seed science and plant breeding R&D.

Throughout his 28-year career of public sector plant breeding research, Dr. Hanson has emphasized the benefits improved vegetable varieties can bring to vegetable seed producers and their customers in Asia and Africa.

APSA would like to formally congratulate Dr. Hanson, Dr. Tikoo and Dr. Jan de Hoop for their contributions.

More details about them will be published in APSA’s newsletter, website and magazine. The ASRT 4 recorded sessions and presentations will be available to registered delegates and through our new e-learning platform, with details to be announced soon.