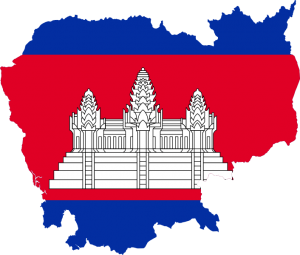 This page will be updated throughout the year, with most recent briefs listed first.

Officials praise ‘safe vegetable’ production in Senmonorom: February 2021: Having completed inspections of agriculture production sites in Kampong Thom, Siem Reap and Mondulkiri provinces, central and local government officials were impressed after inspecting vegetable cultivation site on an area of ​​6 hectares in Sen Monorom city of Mondulkiri province. The site included mostly cabbage and potato, and was appreciated as a model site for the cultivation of ‘safe vegetables’ with high market potential. According to the MAFF reports, “growing and providing good crops can return a high source of income, ranging  from US$5,000-8,000 per year”. Read original reports here and here.

Chum Kiri farmers complain about low price of vegetables: 28 January, 2021: Vegetable growers in the Sre Cheng commune, Chum Kiri district,  Kampot Province are struggling to realize returns due to low prices of vegetables linked to an oversupply, and the high overheads for production. They have requested intervention by relevant officials to intervene. Read original report here.

Yellow watermelon variety in Mondulkiri sells well: 6 February: One farmer has reported success with a yellow watermelon variety he has  cultivated in the Pu Chrey commune, Pichreada district of Mondulkiri province for four years. According to the 44-year-old farmer the yellow watermelon has a wide market and sells well. According to the farmer, there are no other serious growers of yellow watermelon in his area. The variety is reportedly a Japanese one that has a growth cycle of about 65 days, is sweet and can fetch a price locally, and in the Cambodian capital of about 4,000 to 5,000 riel ($1 - 1.23) per kilogram. Aside from the watermelon, he also grows vegetables on his 12 hectares plot of land, including cabbage, kale, carrots, onions, sweet potatoes, tomatoes and potatoes. One hectare is exclusively for watermelon. See original report here.

Minister of Agriculture inspects Mega First plantation in Mondulkiri: A plantation in Mondulkiri Province owned by MegaFace Company was recently visited by Mr. Veng Sakhon, Minister of Agriculture, Forestry and Fisheries. The plantation currently has over 6,419 hectares under production including 700 hectares of fragrant coconut, a variety imported from Malaysia with a large fruit, that is ideal for producing coconut water and coconut oil. Read original report here.

Seeking mosaic virus resistant cassava: January 2021: The Ministry of Agriculture, Forestry and Fisheries has instructed farmers to select cassava varieties that are healthy and of good quality, resistant to climate change, resistant to diseases and pests. For higher yields. According to the Ministry of Agriculture, KU50 and 81 varieties are good choices for farmers to grow high yields without disease and especially those resistant to mosaic virus disease According to a report by the General Department of Agriculture released on December 29, 2020 states that there are currently 656,868 cassava plantations nationwide. Hectares, which yield an average of more than 12 million tons per year. Read more here. As well in this article which mentions specific details of various cassava trials.

Phnom Penh: A specialized unit of the Ministry of Agriculture has given the nod to a new disease-resistant, high yielding maize variety. The new variety, dubbed CHM01, is said to be resistant to Downy Mildew, and can yield about 8.60 tons per hectare, which is higher than imported corn varieties. R&D for the new variety reportedly began in  2014 at the Banteay Dek Agricultural Research Station, Kandal Province, in collaboration with the General Department of Agriculture and the KOPIA Center in Cambodia. More details in Khmer here.  According to another article, Cambodia currently has ​​154,598 hectares under maize cultivation with output pegged at 735,551 tons / year. According to this article, the new variety was trialled in Battambang, Kampong Cham, Tbong Khmum and more than 200 places in Kandal province in both rainy and dry seasons from 2017, 2018 and 2019  Also, see coverage in this article in Khmer.
Minister of Agriculture updates seeds, cropping situation: December 2020:
The Minister of Forestry and Fisheries, Mr. Veng Sakhon on December 10 gave a status update on cropping and seed supply matters following devastating floods earlier in the month. As of December 7, a total of 7 million hectares of rice had been harvested, yielding a total of 5.6 million tonnes of grain. The average yield per hectare was 3.16 tons. According to the report on rain-fed rice harvest in each province prepared by the Department of Rice of the General Department of Agriculture, a total of 90% of the rice areas in Koh Kong, Kratie, Ratanakkiri and Stung Treng had been harvested, while about 70 to 80% of that in Kampot, Pursat, Siem Reap, Svay Rieng and Oddar Meanchey provinces had been harvested; however, only 50 to 60% of the areas in . Banteay Meanchey, Kampong Cham, Kampong Chhnang, Kandal, Mondulkiri, Phnom Penh, Preah Vihear, Prey Veng, Takeo, Kep, Pailin and Tbong Khmum provinces was harvested, while less than 50% had been harvested in Battambang, Kampong Speu and Kampong Thom provinces. The least harvested area was Sihanoukville, where only 20 percent of the total cultivated land was harvested. The Ministry of Agriculture, Forestry and Fisheries has reportedly  distributed a total of 6,434 tons of paddy seeds in addition to nearly 560,000 packages of vegetable seeds to farmers. Recent floods have negatively impacted some 600,000 people, with about 380,000 hectares of farmland inundated. Original report in Khmer language here.

Some 150 rice sowing machines were distributed by the Ministry of Agriculture to agriculturalists in Pursat, Battambang and Banteay Meanchey provinces as part of flood relief efforts. The three provinces were among the worst affected by recent floods, which especially affected the rice crop. The sowing machines will be used to sow some 40,000 hectares. According to the Minister of Agriculture, each province will receive 50 rice sowing machines. More details in Khmer here.
Kampong Chhnang farming families get Covid-19 relief rice seeds: December 2020:
A total of 4 tons and 77 kilograms of rice seeds were distributed to 40 families in Kampong Chhnang province. The seeds were distributed by the Provincial Department of Agriculture, Forestry and Fisheries as part of economic relief.  Each family received between 77 and 100kg of seeds. More details in Khmer here.
Garlic seed trialing in Mondulkiri Province: December 2020:
With the guidance of Mr. Veng Sakhon, Minister of Agriculture, Forestry and Fisheries, the Department of Agriculture, Forestry and Fisheries of Mondulkiri Province Bring has distributed garlic seeds to five farming families for cultivation trials. The ministry will plan to expand domestic cultivation of both garlic and potato to reduce imports of these crops. Original report here.

Pursat farmers get free paddy seeds
Officials from the Department of Agriculture, Forestry and Fisheries distributed fragrant rice seeds to some 150 families in eight villages in the Sre Sock commune of the Kandieng district, Pursat province. According to the Cambodia Express News the initiative took place on May 19, each farmer recipient was given 30 kilograms of paddy seed.

Free seeds, safe vegetable production seminar
Central and provincial government officials were photographed at a meeting with other agriculture officers publicizing a semiinar and campaign to distribute free vegetable seeds and instruction to agriculturalists to cope with the ongoing covid-19 emergency. Rasmeinews reports.
april 2020
MAFF announces 2020 vegetable, meat security projections, measures
The Phnom Penh Post, Khmer edition, on April 16, reported on plans by the Ministry of Agriculture, Forestry and Fisheries (MAFF) to secure food supply domestically and from neighboring countries. Addressing Covid-19 food-security, the article notes there is currently sufficient food reserves for at least three months, and cites projections for vegetable and meat supply and demand for the whole year. Domestic vegetable supply was projected to be able to reach 716,313 tonness, 68% of projected demand, which was pegged at about a million tonnes. The remaining needs would need to be imported from neighboring countries, the article notes, adding that the government has identified strategic locations, communities and resources for optimizing and expanding vegetable cultivation; the MAFF would supply necessary inputs, including seeds and agricultural equipment to farmers, and also offer support in the areas of market facilitation and  contract farming. Aside from vegetables, meat demand this year is projected to reach 290,000 tonnes, with domestic supply capacity estimated to be about 239,000 tonnes or 82 Percent.
Imported seed potatoes to boost tuber expansion in Mondulkiri
Cambodia’s Ministry of Agriculture looks to procure $3.5 million’s worth of seed potato to expand cultivation of the tuber crop in Mondulkiri province, reports Khmer Times. The article, citing the Cambodian Minister of Agriculture, notes the plans are part of a project with South Korea, and follow successful trials carried out since last year in the province, where yields reportedly reached 18 tonnes per hectare, enabling farmers to earn as much as “… $17,000 per three-month growing season,” while making the country less dependent on exports, which were quantified at about 5,000 tonnes per year. The article also identifies five varieties shortlisted for the project — one from Ireland, and two each from Germany and Vietnam — which will formally commence as soon as the current Covid-19 situation eases.
Q1 2020 rice exports jump by 35%: CRF
A report by the Cambodian Rice Federation notes that rice exports in the first quarter of 2020 jumped by 35% year-on-year to 230,948 tonnes, earning a total of $161 million. The report, in English and Khmer, breaks down the exports by type of rice.
How to assure optimal paddy seed purity
In response to farmers’ concerns of low purity and quality issues, the Cambodian Rice Federation has provided a number of guidelines and best practices, reports Sabay.com news in Khmer language. The guidelines include recommendations to buy new “foundation” or “registered” seeds every two-to-three seasons in addition to observing best-practices and standards for pest and weed management.
Pursat gov distributes vegetable seeds rice,
The governor of Pursat province in western Cambodia was photographed, publicised in a public charitable effort to distribute vegetable seeds and rice to some two hundred families in several villages. News here.
february 2020
IRRI’s SEA rep visits Ag minister
Dr. Yurdi Yasmi, the recently-appointed IRRI regional representative for Southeast Asia, paid a courtesy visit to H.E. Veng Sakhon, Minister of the Cambodian Ministry of Agriculture, Forestry and Fisheries (MAFF), in Phnom Penh on February 18.  According to news report, to two discussed ongoing cooperation in rice and seed production. Dr. Yasmi reiterated IRRI’s long term commitment to support MAFF in developing the agricultural sector in Cambodia, especially through rice R&D. IRRI has worked in Cambodia since 1987 and has forged close collaborations with MAFF as well as other development partners to improve the country’s food security, climate resilience, and farmers’ livelihood. In related news, in 2019, Cambodia exported 620,206 tonnes of rice to 61 countries.
Black rice fossil grain dated 1,000 years old
Researchers have confirmed what has been described as “the oldest example of rice production in Cambodia”: Black rice fossils discovered in the basement of a temple site in Thala Barivat district of Stung Treng province were sent to be dated at the Australian National University (ANU), which found the samples to be 900 to 1,000 years old, reports the Phnom Penh Post