In November 2018, it was announced that the Misuse of Drugs (Industrial Hemp) Regulations 2006 and the Food Regulations 2015 in New Zealand would be amended to allow the sale of hemp seed as food. According to New Zealand’s Food Safety Minister Damien O’Connor the move could generate NZ$10-20 million in export revenue within three to five years. 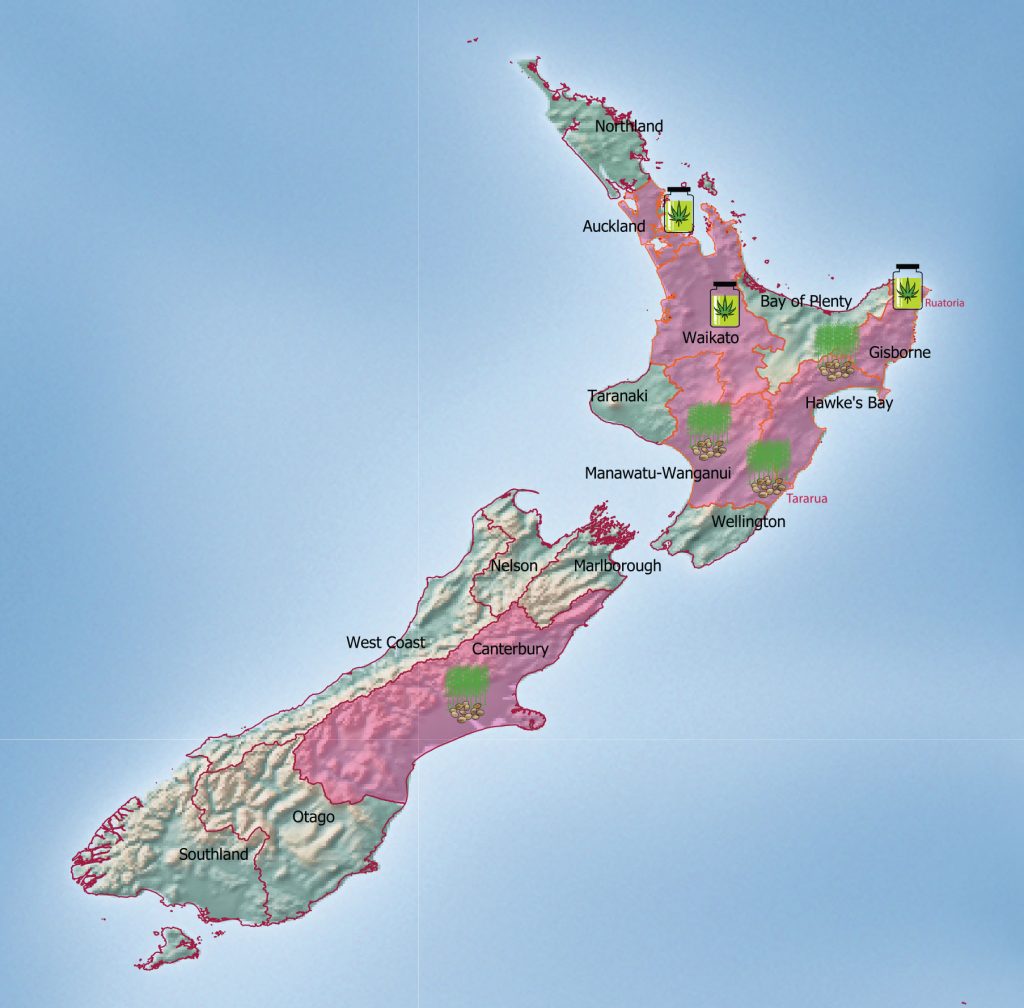 In December, 2018, the New Zealand parliament passed the Misuse of Drugs (Medicinal Cannabis) Amendment Act 2018 (2018/54). Introduced in December 2017, the bill amends the Misuse of Drugs Act 1975, introducing an exception and a statutory defence for terminally ill people to possess and use otherwise illicit cannabis and to possess a cannabis utensil; it provides a regulation-making power to enable the setting of standards for products manufactured, imported, and supplied under licence; and amends Schedule 2 of the Act so that cannabidiol (CBD) and CBD products are no longer classed as controlled drugs.

In January 2019, Sydney-listed Elixinol Global (ASX: EXL) became one of the country’s first firms to legally offer New Zealand patients imported CBD products through its e-commerce Website after announcing its maiden CBD shipment to the country.

At press-time a handful of companies have acquired licenses to import and cultivate both CBD- and THC-rich cannabis varieties for breeding and research purposes. They include Helius Therapeutics in Auckland, Cannsouth in Waikato and Hikurangi Cannabis Company in Ruatoria. The latter became something of a sensation in May of 2018 after a flood of hopeful investors crashed the equity crowdfunding platform PledgeMe just before the offer opened.

After growing low-THC hemp varieties since 2016, in August, 2018, the first medicinal cannabis cultivation licence issued to a company was awarded to Hikurangi. That licence included only low-THC varieties but the company now has high THC varieties that meet New Zealand’s strict biosecurity requirements.

Until December 2018 the Ministry for Primary Industries did not allow high-THC cannabis strains because rules for importing seeds only applied to low-THC hemp.

For commercial cultivation of hemp (cannabis sativa) in New Zealand, hemp farmers must apply to the Ministry of Health for a permit to cultivate, deal, breed, import or sell seed. Fees are NZ$500 per license. See this link for the application form and ministry links.

New Zealand's commercial cultivation has so far centered on the Canterbury Plains of South Island owing to suitable environmental qualities and access to harvesting and processing infrastructure. Most is grown for seed, which yields an oil -- now sold throughout New Zealand and the world -- used as a base for bodycare products.

One company on the North Island -- The Hemp Connect -- is on track in their plans to make Whanganui a hemp hub. From their initial grow last year on a family farm in  Kauangaroa, five hectares yielded four tonnes of seed, which the company processed and distributed to other farmers in the area. This year the company has planted 10.8 hectares and is aiming for a seed yield of 1.5 tonnes per hectare.