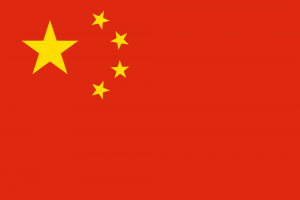 This page features a compilation and selection of China seed industry news briefs, summaries and leads, with an emphasis on events that impact or affect provinces, regions, counties, cities and locales in the People’s Republic of China.

This page will be updated throughout the year, with most recent news listed first.

3rd China Seed Congress held in Sanya The 2021 China Seed Congress and Nanfan Agricultural Silicon Valley Forum was held 20-24 in the city of Sanya on the island province of Hainan. Co-hosted by the China Seed Association (CSA) and the Hainan Provincial Department of Agriculture and Rural Affairs, Sanya Municipal People’s Government and Haiken Group, the main forum was organized under the theme of "the mission of seed Industry , and the future of Nanfan". Additionally there were13 sub-forums, with more than 2,000 registered participants attending. This was the third edition of the Congress, with the previous two editions held in 2018 and 2019, both in Beijing.  Full report in Q2 issue of Asian Seed Magazine.

Spring crop market inspections nationwide: March 2: The Ministry of Agriculture and Rural Affairs of China recently issued a notice to conduct inspections of spring crop seed markets nationwide. The move is part of a crackdown on the production and sale of fake and inferior seeds in a bid to protect intellectual property and ensure a safe and secure seed supply. The Ministry announced that it will be focussing on the quality of rice seeds in southern China as well as inspecting imported seeds throughout the country. The government aims to accelerate agricultural modernization and to enable enterprises to integrate into the global agricultural product supply chain. Original story in Chinese here and here

China domestic seed sector on the rise: February 2021: A CCTV News report highlights rapid progress and the rise of China’s seed industry. Accordingly, it notes that previously, the country had no seed companies that could compete with international giants, until three years ago, when the China National Chemical Corporation (ChinaChem) completed the acquisition of Swiss multinational, Syngenta for US$43 billion. Aside from this, China has continuously strengthened protection of germplasm resources. Citing data from the Ministry of Agriculture and Rural Affairs, the number of applications for new plant variety protection (PVP) has bested all other countries in recent year, while the contribution rate of improved varieties to increased grain productivity exceeds 40%. Furthermore, the article notes that the Chinese Academy of Agricultural Sciences currently has the world's second-largest germplasm resource bank, with a collection of 520,000 germplasm resources. In the future, this number is expected to expand to to 1.5 million. The article goes on to note factors enabling China to be less dependent on imported seeds, citing an example of breeding R&D in Shouguang, Shandong, and figures from the China National Seed Trade Association, which saw China’s seed imports fall from 72,700 tons in 2018 to about 66,000 tons in 2019. See original article in Chinese here.

MARA on revitalizing, strengthening seed sector: February 2021: According to statements from a Ministry of Agriculture and Rural Affairs official, 95% of the country's planted area this year was sown with “self-selected and bred food seed varieties”. As reported on February 22 following a State Council Information Office press conference to highlight the State’s efforts to promote rural revitalization and accelerate agricultural and rural modernization, Zhang Taolin, the deputy minister of the Ministry of Agriculture and Rural Affairs said that self-selected and bred grain seed varieties account for more than 95% of the planting area. Addressing challenges in the  development of the seed industry the official pointed out various shortcomings, including those related to varieties, adding that the seed industry is ushering in a “modern biological breeding technological revolution marked by the integration and development of gene editing, synthetic biology, artificial intelligence and other technologies.”  He then laid out details from the No. 1 Central Document, which highlights five priority areas: preserving germplasm resources; independent innovation; strengthening seed industry enterprises; promoting production bases; and improving the market environment. Read full details in Chinese here.

CBD Conference hones in on biodiversity in Kunming: A video produced by Xinhua is promoting the upcoming United Nations Convention on Biological Diversity (CBD) Fifteenth Conference of the Parties, which will be held in Kunming, China on May 17. The video mentions China’s own "Noah's Ark" referring to the Wildlife Germplasm Bank of Southwest China, which is currently the largest wild plant genebank in Asia 2021. See the Xinhua video here and regarding details about the fifteenth meeting of the Conference of the Parties (COP 15) to the Convention on Biological Diversity (CBD), it will “review the achievement and delivery of the CBD’s Strategic Plan for Biodiversity 2011-2020. It is also anticipated that the final decision on the post-2020 global biodiversity framework will be taken, together with decisions on related topics including capacity building and resource mobilization. See UN event info page here.

Seed sales booming ahead of spring plowing in Wuxi: February 2021: As the weather starts to warm, seed sales at markets in Wuxi County have begun to pick up, with many farmers busy buying seeds, fertilizers and other agricultural materials in anticipation for the spring planting season.  Supply of seed for corn, vegetables, rice and other crops are reportedly sufficient according to a report from the Port Seed Station in Wuxi County, where data and information about field conditions was being exchanged to ensure farmers were given appropriate inputs and advice. Original report here.

Space breeding spurs crop productivity & profit on Earth: February 14: China is accelerating the development of aerospace and lunar based crop improvement and breeding projects. Updates reported in local media include efforts touted to increase  crop productivity on Earth drastically. The article highlights advancements in space breeding of cotton leaves, and the development of various other economically valuable crops, including “honeysuckle seeds” and a dwarf rose seedlings. Compared with ground breeding, space breeding can provide more high-quality germplasm resources in a shorter time. "The genetic mutations brought about by aerospace breeding are not targeted, so the plants will be planted in the ground and their growth will be observed, and then artificially selected mutant individuals with more prominent traits such as export perception, yield, or resistance." Research is contributing to new varieties of wheat, corn, soybeans, cotton, tomatoes, and peppers, which have been planted on ​​more than 2.4 million hectares, increasing the output of grain by approximately 1.3 billion kg, contributing to economic gains of some RMB 200 billion. Chinese report here.

Sea ice hinders port trade: January 2021: Trade through Chinese sea ports was being hindered due to the expansion of sea ice along the coast of Bohai Bay in the north. Marine safety authorities were reportedly on on high alert on January 12, according to reports, which noted that “an expansion of sea ice” due to “a cold wave sweeping the northern hemisphere [which] has plunged temperatures across China to their lowest in decades,” making “it tougher for ships to berth and discharge at key energy product import terminals.  Tugboats were dispatched to aid a number of vessels in northern Hebei, trapped in sea ice that was one metre thick. See report here.

Shipping costs rise in face of container shortage: January 2021: A shortage of shipping containers is causing shipping costs to rise, as more delays were reported for goods coming from China. According to a report, spot freight rates for the Asia to North Europe route were 264% higher in December compared to the same month a year ago, while rates for the route from Asia to the West Coast of the United States had risen 145% year on year. Another figure quoted in the report said that spot rates had risen to $6,000 per container, compared with the “usual price” of $1,200. See original report here.

Gene related to nitrogen efficiency use in rice identified: January 2021: Scientists from the Institute of Genetics and Developmental Biology of the Chinese Academy of Sciences (CAS) have identified a gene that plays an important role in helping rice adapt to low levels of nitrogen in the soil. The findings will assist efforts to breed new crop varieties with high nitrogen use efficiency (NUE). Read more from the ISAAA here.

Based on provisions of China’s 14th Five-Year Plan (2021-2025), authorities in the world’s most populous country aim to tackle challenges in agricultural technology and food security, announced the Ministry of Agricultural and Rural Affairs at a press briefing. As reported here, China at the moment does not face immediate risk in respect to seed supply, and is more than 95% self sufficient in a number of crops, and 100% for rice and wheat sustainability, though the country “lags behind some advanced economies in terms of agricultural technology innovation and commercial seed breeding.”

Ningbo hybrid rice strides: January 2021:Since the 1990s, a scientific research team in Ningbo with researcher Ma Rongrong as the core has overcome many world-class problems, and has successively bred 63 distinctive "Yongyou" series of hybrid rice varieties with a cumulative promotion area of ​​more than 52 million mu. The increase in rice production exceeded 4.1 billion kilograms, breaking a number of high-yield records, and making important contributions to China’s food security. Read full story in Chinese here

Sichuan gene bank underway: January 2021:
On December 31, 2020, work to establish the Sichuan Germplasm Resource Center officially began in Tianfu Modern Seed Industry Park in Qionglai City. The Sichuan Germplasm Resource Center is located in the core area of ​​Qionglai Tianfu Modern Seed Industry Park. The project covers an area of ​​about 10 acres and has a total investment of 92.23 million yuan. It is expected to be completed and put into use in 2023. After the project is completed, it will become the only provincial comprehensive germplasm resource bank in China. Read more in Chinese here.

Imported seeds more expensive, but yield better: January 2021:
Citing figures from a China Seed Industry Development Report 2019, in 2018, China imported more than 72 million kilograms of crop seeds , with an import value of 475 million US dollars; of this, the country imported 228 million US dollars worth of vegetable seeds  from nearly 50 countries and regions. According to this article, the imported vegetable seeds were much more expensive than domestically produced seeds, and foreign companies controlled more than 50% of the seed market. Citing specific examples, the article points out that higher yields of high quality imported seeds bring better returns, and also goes on to highlight progress in domestic breeding activity, spanning specific examples of broccoli, cucumber, tomato and Chinese cabbage. Read full article on China Seed 114 here.

Jiangsu seed and breeding base update: January 2021.
In Jiangsu province, there are not only crop breeding research centers, agricultural science and technology research centers, but also the largest domestic yew (Taxus) seedling breeding base.Recently, the "2020 Jiangsu Province Rural Primary, Secondary and Tertiary Industry Integrated Development Pilot Zones" was announced, and Wuxi Xishan District, Wuxi City's Xishan District, Wuxi City, was listed on the list. Since then, Wuxi has 4 provincial-level pilot zones for the integration of primary, secondary and tertiary industries through the establishment of various seed and seedling breeding industrial scale projects. Read the full story in Chinese here.