UPDATE: UN drug body reclassifies cannabis: DECEMBER 2020: A simple, narrow majority of 53 Member State representatives on the UN Commission on Narcotic Drugs (CND) voted on December 2 to remove cannabis from Schedule IV of the 1961 Single Convention on Narcotic Drug, which includes substances that the CND considers “particularly liable to abuse and to produce ill effects, and such liability is not offset by substantial therapeutic advantages”. As reported by the UN here, the historic vote resulted in 27 members in favour of removing cannabis from the category against 25 against, and one abstention.

Legal barriers to the cannabis industry are falling across the globe, including in the APSA region, where several countries (see summaries list below) are beginning to adopt or adapt regulatory precedents that have made headlines in the Americas and Europe. 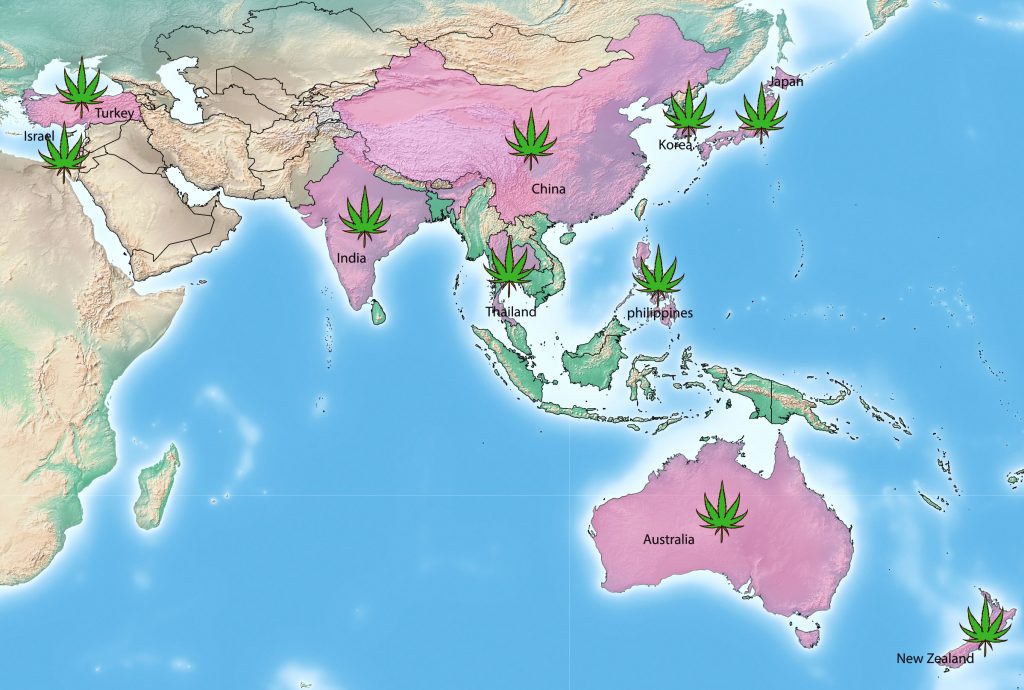 The World Health Organization’s Expert Committee on Drug Dependence (ECDD) recommended in January 2019 that cannabis and its resin be removed from Schedule IV of the United Nations’ Single Convention on Narcotic Drugs and placed in the least restrictive classification, Schedule 1, thereby paving the way for trade in medical use of cannabis.

After re-scheduling, no government can cite international treaty obligations to enforce cannabis prohibition. To the contrary, governments will be obligated to ensure it is available for medical purposes.

As of March, 2019, Uruguay, Canada, the US capital -- the District of Columbia -- along with ten States – Alaska, California, Colorado, Maine, Massachusetts, Michigan, Nevada, Oregon, Vermont, and Washington – have legalized cannabis for adult recreational use. (Note: Specific rules for cultivation, trade and possession vary by jurisdiction.)

Dozens more territories and countries have legalized, regulated or “decriminalized” the plant for industrial, medical and personal use. Among the most progressive of them are Belgium, the Netherlands, Luxembourg, Spain, Portugal, Malta, Italy, Czech Republic, Slovenia, Croatia, Switzerland, Estonia, Ukraine, Russia, Argentina, Ecuador, Colombia, Chile, Peru, Paraguay, Costa Rica, Jamaica, Mexico, and South Africa. A dozen more US States have decriminalized cannabis or legalized it for medical use, while full legalization at the federal level seems imminent. Indeed, the US government legalized hemp as an industrial crop with the enactment of the Farm Bill late in 2018, which enables hemp farmers to obtain funding and insurance through conventional financial institutions.

Indeed, culminating nearly a century of strict prohibition of cannabis and its many derivatives, attitudes are evolving as the number of countries and territories that have legalized, regulated or “decriminalized” the plant for industrial, medical and recreational use grows.

Following are links to detailed summaries of the respective trends and developments in several APSA region countries: